When you think about graphite as a material, what words come to mind? Two that leap out for me are strong and lightweight.

These two factors are the main reason that almost all rackets made today are graphite.

There is no doubt that graphite tennis rackets are incredibly durable, but do they ever degrade?

Graphite tennis rackets do eventually wear out. The more you play, the more stress is put on the racket, and it will weaken. When a racket is restrung, pressure is put on the frame. Despite the strength of graphite, it is still vulnerable during this process.

Today I will be covering:

Within these topics, I will be sharing some exciting facts on the materials used in rackets. I will also talk a little about the evolution of racket materials.

I hope you are as excited as I am! 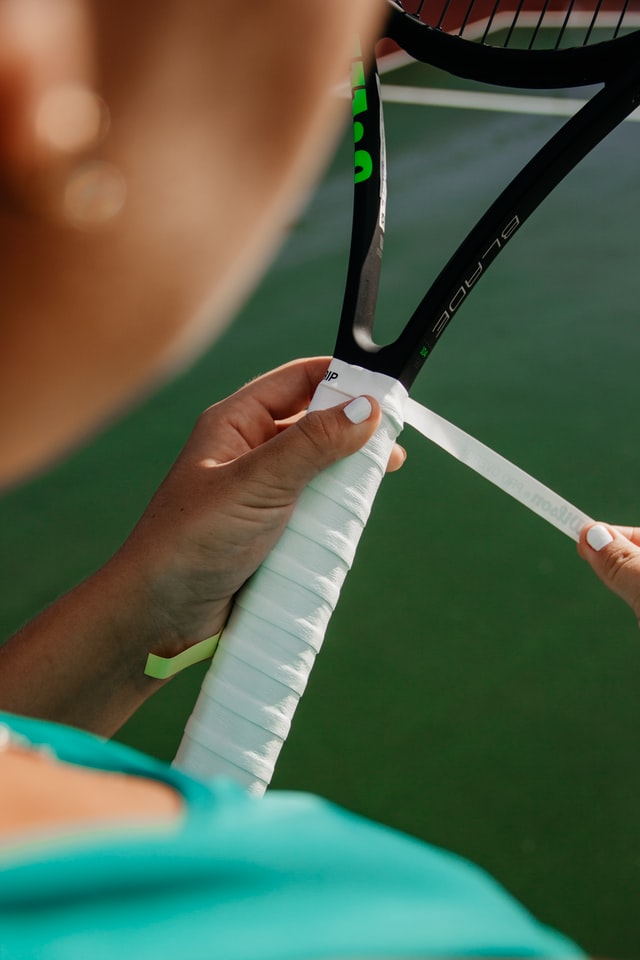 Considering durability and playability, graphite rackets are 100% more reliable than other materials.

By being strong and lightweight, it allows the perfect combination of longevity and playability.

Another carbon fiber material often used in rackets is kevlar. Kevlar is a type of synthetic fiber used for a wide range of products. Kevlar has been used on things such as kayaks, gloves, tires, and even bullet-proof vests.

Kevlar is a diverse material, to say the least, but can it compete with graphite?

As Kevlar is so stiff, it can transmit a large amount of vibration to the arm and shoulders. This is why in most cases, Kevlar is used in combination with other materials such as graphite.

Kevlar as a material is not as flexible as fiberglass, and thus, the trampoline effect is less. Therefore the shock transmitted into the arm is higher.

Fiberglass as a material has suffered more than any other as a result of the rise of graphite. In the 1980s, racket frames were made with fiberglass making up as much as 90% of the material.

You would certainly be hard-pressed to find a 90% fiberglass racket today.

Fiberglass has drifted out of use primarily due to it being weak and soft compared with graphite and aluminum. It is cheaper than graphite and fatigues quicker too.

If you look at it solely from the perspective of, what material will last longest, it would likely be whatever is the strongest material. There is no point in having a strong racket that lasts forever if it doesn’t satisfy the playability needs.

Of the materials and technologies available today, graphite is king.

If you are interested in seeing how a graphite tennis racket is made, you can watch the video below.

The video gives a fantastic behind the scenes look into the racket manufacturing process.

Which Part Of The Racket Wears Out The Most? 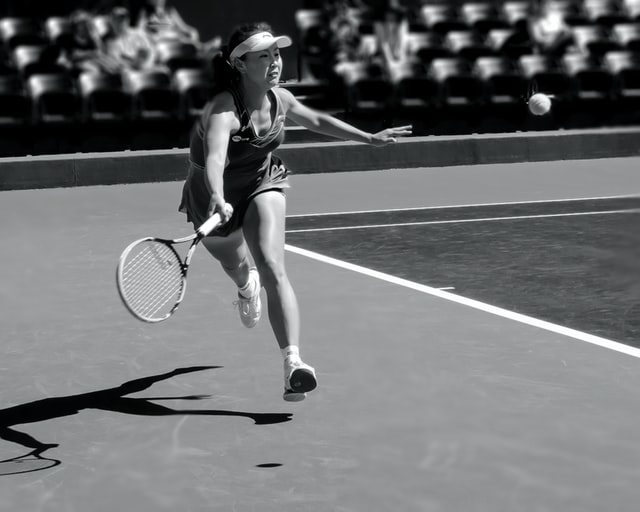 In another article, I discussed how the part of the racket that receives the most damage is the frame. This is often due to a collision with the ground from hitting low shots.

The beam at the top of the frame is generally the first to go.

The racket itself is without question the bumper guard (the long section at the top of the racket).

Of course, if you include the strings and grip, they degrade quicker. For the sake of this article, I am regarding them as accessories and not part of the racket itself.

In addition to the wear and tear that the frame experiences when playing, it can also suffer damage when restrung.

A quick disclaimer – I am not for a second advising people not to restring their racket. When you want to try new strings, don’t let the fear of frame damage put you off. As long as you stick to the recommended string tension, you will be fine.

When a racket is restrung, it requires tension to be pulled on the strings. When the tension is pulled through, the racket frame is also stretched. Over time this will gradually contribute to the weakening of the frame.

It is for this reason that rackets have recommended tension limits. If someone was to put a racket on a stringing machine and set it to 110lbs (49.9kg) it will degrade substantially faster.

How To Tell That Tennis Racket Has Degraded? Every time you hit a ball, fibers in the racket are breaking. Each time you string the racket, the frame is stretched even further. This stress put on the racket will eventually have an effect on the playability of it.

It’s not easy being a tennis racket, having to deal with all this bashing around.

Without noticeable damage, such as a cracked frame, it can be difficult to know when the racket has degraded.

There is no specific time frame as to when a racket is expected to degrade. If there was data to prove otherwise, I am sure racket manufacturers would leap at the chance to use it. They could do with data to give us a concrete reason to change our racket each year.

Everyone is different, but my personal policy is – racket is good until cracked. I feel very little difference with the frame I use now after 5 years compared to when I first got it.

If I play with two identical rackets and one of them is brand new and the other well used, I could tell the difference. The well-used racket would not feel as stiff as the new one. It would not give as crisp of a feel at contact either.

My opinion is that if the racket isn’t cracked, then it doesn’t need changing. The exception is if you are looking for different specifications such as weight, string pattern, head size, etc.

In most cases, the phrase “if it ain’t broke, don’t fix it” goes very well with tennis rackets, especially if you’re frugal like me.

If you have the money and want to buy a new racket every year, go for it. The only time a racket is trash is when the frame is cracked and deformed.

By the time it is at this stage, it is a good indicator that it is time for an upgrade.

By nature, tennis rackets need some flexibility. This is due to the stress it has when put on the stringing machine and the impact when it contacts the ball.

There are many materials far stronger and long-lasting than graphite. These materials do not, however, combine the need for durability and playability as well as graphite. As of today, graphite remains king.

When I was younger, I once painted a racket gold. I wonder what it would be like to play with a racket made from real gold.

What unorthodox material would you like to try playing with?