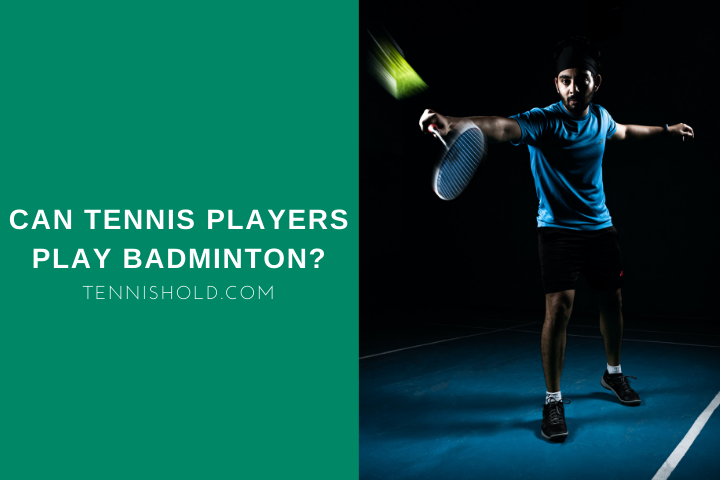 They’re both racket sports; players move side to side, back and forward. Surely good tennis players must be good at badminton too?

The reality is that while they are both racket sports, the dynamics of the two games are very different.

Tennis players can be good at badminton. It will be difficult for a player to perform at a very high level in badminton and tennis. This is because, beyond agility and the fact that they are both racket sports, the dynamics are totally different.

Many tennis players will actually find it hard when starting badminton. This is because their muscle memory has been built up to hit a shot in a certain way.

You are then having to train yourself to break a habit that has been built up.

In today’s article I will be covering:

If you are a tennis player looking to play badminton don’t worry. There is one key skill that is relevant in both tennis and badminton that I will be sharing later on. 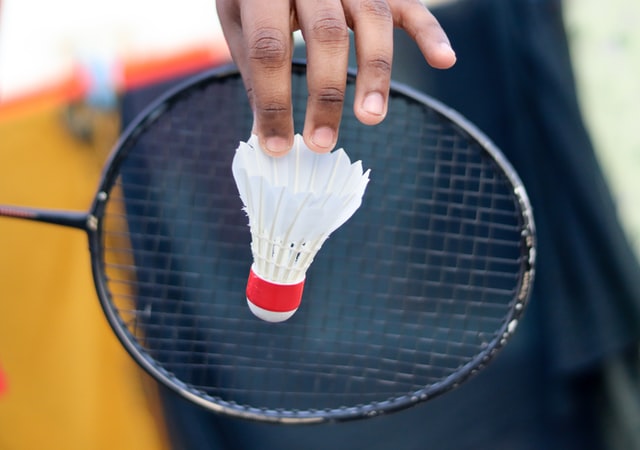 Badminton is easier to pick up by newbies and seems more fun, but it becomes tough to start proper playing.

The winning aspect would be precision in badminton.

The standard length of an adult tennis racket is 27 inches. Badminton is very similar, with rackets measuring between 26.18 and 26.77 inches.

The height of a tennis net is 3 feet. In badminton, the net measures between 5 feet and 1 inch at the sides and 5 feet in the middle. Those two extra feet that make up the badminton net are among the main reasons the swing in badminton is so different from tennis.

Badminton courts measure 44 feet in length and 20 feet in width. Tennis courts are almost double the size coming in at 78 by 36 feet.

Comparing badminton with tennis is no different than measuring soccer against hockey. They are two totally different sports. There are, however, skills you have built up in tennis that are useful in badminton.

Like tennis, badminton requires a lot of movement and direction change. Agility is thus essential. The big difference is that most tennis movement is side to side whereas badminton is back and forwards.

Which sport you will find easier as a beginner will depend on you and your personal attributes.

If you have strong reactions, but your stamina is not up to scratch, then you will probably find badminton easier starting out. In badminton, the area you have to cover is less, but you will need to react quicker.

If you are fit but perhaps not as quick to react, you will likely find tennis easier. Even if beginners are not capable of hitting the ball hard, many can get long rallies. With these long rallies, you need the fitness to last longer than your opponent(s).

Hand-eye coordination is essential for both sports.

There are many different ways to win a point in both tennis and badminton. Due to the smaller area in badminton, precision is even more important. In tennis, you have a much larger area to hit.

One of my greatest challenges isn’t teaching new players how to hit the ball over the net as a coach. The toughest part is actually getting them to understand the unique scoring system.

To win a game in tennis, you must win 4 points in total while being 2 ahead of your opponent. The scoring is not a simple 1, 2, 3, and game. It goes 15, 30, 40, and then the game. The system is believed to come from medieval France and measured using a clock.

In tennis, you also have the added complexity of deuce, or 40-40. In this scenario, a player needs to win by two points. If a player wins a point at 40-40, the score then becomes AD-40 or 40-AD, depending on whether the server or returner won.

In tennis, you also have to win sets. To win a set, you must win 6 games and be 2 in front of your opponent. If the score reaches 6-6, a tiebreak to 7 points is played. The tiebreak must also be won by 2 clear points, and there is no limit to how long it can go on.

The match is won by the first player to win 2 sets. The only exception is for men at grand slams and the Olympic gold medal match in which 3 sets are needed to win.

To win a match in badminton you need to win 2 games.

Is Tennis Faster Than Badminton? Tennis is similar but has some defining attributes that make it really different from badminton. It is also a fast-paced sport. But tennis has more court area.

If you like stats, then you are going to love this section!

The fastest tennis shot was served by Australian Samuel Groth. On 9th May 2012 in Busan, South Korea, he served at 163.4 mph (263 kph). Despite this record-breaking achievement, Groth actually lost the match in straight sets.

The quickest shot in badminton comes from the Dane, Mads Pieler Kolding. On 10th January 2017 in Bangalore, India, he hit a shuttlecock that traveled at a whopping 264.7 mph (426 kph).

Just for the comparison, the max speed of a Bugatti Veyron 268 mph.

Badminton is considerably faster, and this is why your reactions need to be even quicker.

The ball will, however, maintain its speed for longer in tennis. The tennis balls do not have feathers to slow it down as it drops. As soon as the shuttlecock starts to drop, it will rapidly slow down.

In 2013 Guinness World Records published a list of the top 13 fastest sports hits. Within this list Tennis appeared 3 times and badminton twice.

Can Tennis Players Be Good In Badminton? In a nutshell, yes, tennis players can be decent in badminton, however…

Even though I coach tennis for a living, hitting balls every day, I still find badminton challenge. It will take a lot of time to transition from tennis to badminton.

It will also be difficult for you to flick between the two. If you teach yourself to hit a shuttlecock in a certain way, it is not as simple as switching to tennis mode.

Your body has got into the habit of playing a certain way with a racket in hand.

Tennis players will have it much easier playing pickleball. This is because the biomechanics (how the muscles move) are very similar to tennis. A pickleball court is the same size as a badminton doubles court.

It may seem at first glance that tennis and badminton are very similar. It’s clear, though, that they have very different factors. These factors mean no guarantee that a seasoned tennis player will be any better at badminton than boxing.

I wouldn’t say it is detrimental to your tennis to play badminton, but it certainly won’t help.

Whenever I get badminton players starting tennis, I know it will be a lot of work to change their natural swing.

Are you a tennis player who started playing badminton? How did you find it? Was it easy or hard?